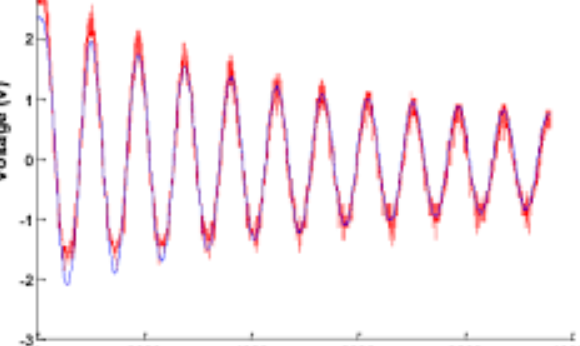 We present a method for estimating the Motion-to-Photon (End-to-End) latency of head mounted displays (HMDs). The specific HMD evaluated in our study was the Oculus Rift DK2, but the procedure is general. We mounted the HMD on a pendulum to introduce damped sinusoidal motion to the HMD during the pendulum swing. The latency was estimated by calculating the phase shift between the captured signals of the physical motion of the HMD and a motion-dependent gradient stimulus rendered on the display. We used the proposed method to estimate both rotational and translational Motion-to-Photon latencies of the Oculus Rift DK2.