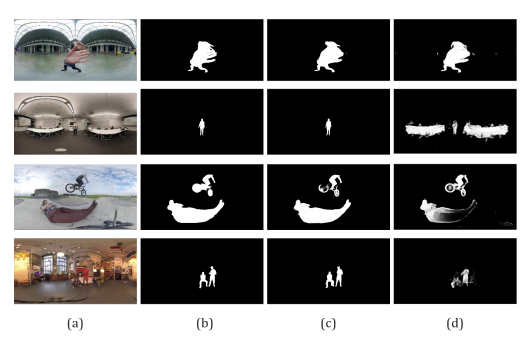 Salient object detection (SOD) aims to determine the most visually attractive objects in an image. With the development of virtual reality technology, 360° omnidirectional image has been widely used, but the SOD task in 360° omnidirectional image is seldom studied due to its severe distortions and complex scenes. In this paper, we propose a Multi-Projection Fusion and Refinement Network (MPFR-Net) to detect the salient objects in 360° omnidirectional image. Different from the existing methods, the equirectangular projection image and four corresponding cube-unfolding images are embedded into the network simultaneously as inputs, where the cube-unfolding images not only provide supplementary information for equirectangular projection image, but also ensure the object integrity of the cube-map projection. In order to make full use of these two projection modes, a Dynamic Weighting Fusion (DWF) module is designed to adaptively integrate the features of different projections in a complementary and dynamic manner from the perspective of inter and intra features. Furthermore, in order to fully explore the way of interaction between encoder and decoder features, a Filtration and Refinement (FR) module is designed to suppress the redundant information between the feature itself and the feature. Experimental results on two omnidirectional datasets demonstrate that the proposed approach outperforms the state-of-the-art methods both qualitatively and quantitatively.