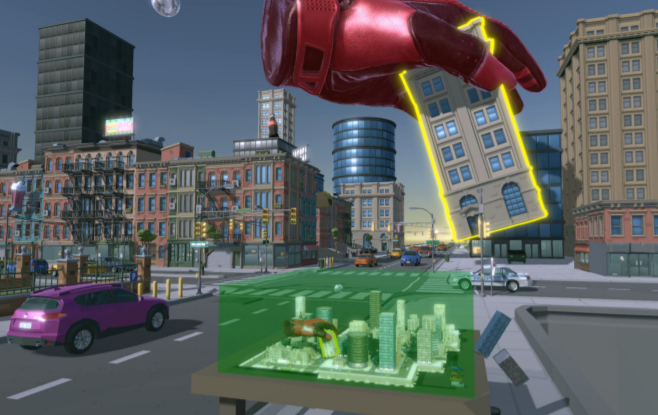 Metaworld is a new recursive interaction paradigm for virtual reality, where a miniature display (or 3D map) of the virtual world is presented to the user as a miniature model that itself lives inside the virtual world. The miniature model is interactive and every action which occurs on the miniature world similarly occurs to the greater virtual world and vice-versa. We implemented the metaworld concept in the virtual reality application MetaCity, a city designing sandbox where users can reach into a miniature model and move the cars and skyscrapers. Design considerations of how to display and interact with the miniature model are presented, and a technical implementation of the miniature world is described. The metaworld concept was informally and playfully tested in the MetaCity which revealed a number of novel interactions that enable the user to navigate quickly through large spaces, re-scale objects in the world and manipulate the very fabric of the world itself. These interactions are discussed within the context of four major categories – Experiential Planning, Interdimensional Transformations, Power of the Gods and Self Manipulation.