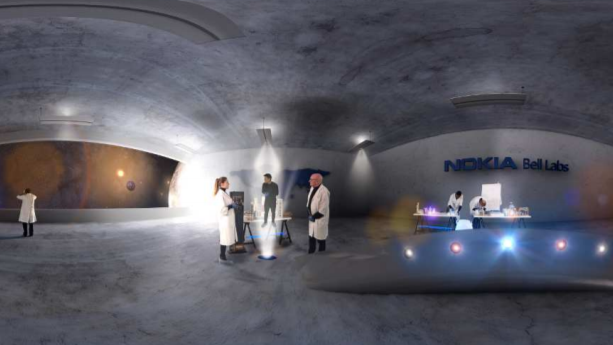 We present an end-to-end system for streaming Cinematic Virtual Reality (VR) content (also called 360 or omnidirectional content). Content is captured and ingested at a resolution of 16K at 25Hz and streamed towards untethered mobile VR devices. Besides the usual navigation interactions such as panning and tilting offered by common VR systems, we also provide a zooming interactivity. This allows the VR client to fetch high quality pixels captured at a spatial resolution of 16K that greatly increase perceived quality compared to a 4K VR streaming solution. Since current client devices are not capable of receiving and decoding a 16K video, several optimizations are provided to only stream the required pixels for the current viewport of the user, while meeting strict latency and bandwidth requirements for a qualitative VR immersive experience.