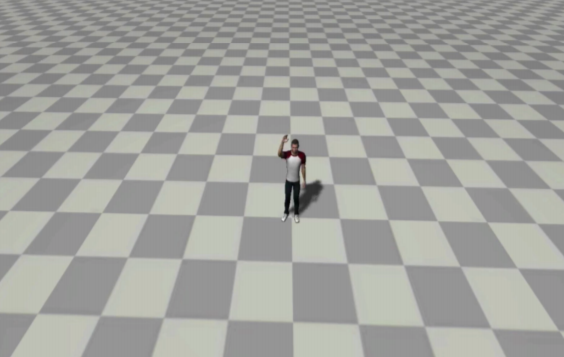 This paper presents the three scripting commands and main functionalities of a novel character animation environment called CHASE. CHASE was developed for enabling inexperienced programmers, animators, artists, and students to animate in meaningful ways virtual reality characters. This is achieved by scripting simple commands within CHASE. The commands identified, which are associated with simple parameters, are responsible for generating a number of predefined motions and actions of a character. Hence, the virtual character is able to animate within a virtual environment and to interact with tasks located within it. An additional functionality of CHASE is supplied. It provides the ability to generate multiple tasks of a character, such as providing the user the ability to generate scenario-related animated sequences. However, since multiple characters may require simultaneous animation, the ability to script actions of different characters at the same time is also provided.