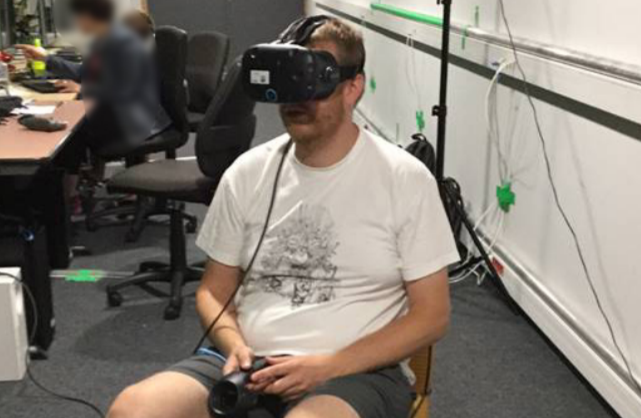 This article deals with the specific context of an autonomous car navigating in an urban center within a shared space between pedestrians and cars. The driver delegates the control to the autonomous system while remaining seated in the driver’s seat. The proposed study aims at giving a first insight into the definition of human perception of space applied to vehicles by testing the existence of a personal space around the this http URL aims at measuring proxemic information about the driver’s comfort zone in such conditions.Proxemics, or human perception of space, has been largely explored when applied to humans or to robots, leading to the concept of personal space, but poorly when applied to vehicles. In this article, we highlight the existence and the characteristics of a zone of comfort around the car which is not correlated to the risk of a collision between the car and other road users. Our experiment includes 19 volunteers using a virtual reality headset to look at 30 scenarios filmed in 360{\textdegree} from the point of view of a passenger sitting in the driver’s seat of an autonomous car.They were asked to say “stop” when they felt discomfort visualizing the this http URL said, the scenarios voluntarily avoid collision effect as we do not want to measure fear but discomfort.The scenarios involve one or three pedestrians walking past the car at different distances from the wings of the car, relative to the direction of motion of the car, on both sides. The car is either static or moving straight forward at different speeds.The results indicate the existence of a comfort zone around the car in which intrusion causes discomfort.The size of the comfort zone is sensitive neither to the side of the car where the pedestrian passes nor to the number of pedestrians. In contrast, the feeling of discomfort is relative to the car’s motion (static or moving).Another outcome from this study is an illustration of the usage of first person 360{\textdegree} video and a virtual reality headset to evaluate feelings of a passenger within an autonomous car.