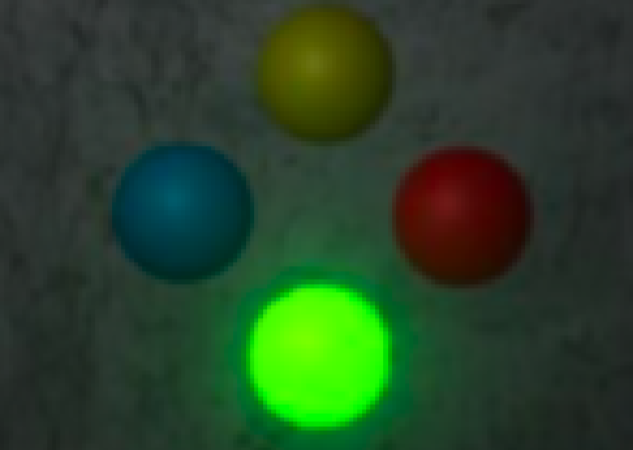 This paper presents an experiment to assess the feasibility of using secondary input data as a method of determining user engagement in immersive virtual reality (VR). The work investigates whether secondary data (biosignals) acquired from users are useful as a method of detecting levels of concentration, stress, relaxation etc. in immersive environments, and if they could be used to create an affective feedback loop in immersive VR environments, including educational contexts. A VR Experience was developed in the Unity game engine, with three different levels, each designed to expose the user in one of three different states (relaxation, concentration, stress). While in the VR Experience users physiological responses were measured using ECG and EEG sensors. After the experience users completed questionnaires to establish their perceived state during the levels, and to established the usability of the system. Next a comparison between the reported levels of emotion and the measured signals is presented, which show a strong correspondence between the two measures indicating that biosignals are a useful indicator of emotional state while in VR. Finally we make some recommendations on the practicalities of using biosensors, and design considerations for their incorporation in to a VR system, with particular focus on their integration in to task-based training and educational virtual environments.