This paper addresses the problem of compression of 3D point cloud sequences that are characterized by moving 3D positions and color attributes. As temporally successive point cloud frames share some similarities, motion estimation is key to effective compression of these sequences. It however remains a challenging problem as the point cloud frames have varying numbers of points without explicit correspondence information. We represent the time-varying geometry of these sequences with a set of graphs, and consider 3D positions and color attributes of the points clouds as signals on the vertices of the graphs. We then cast motion estimation as a feature matching problem between successive graphs. The motion is estimated on a sparse set of representative vertices using new spectral graph wavelet descriptors. A dense motion field is eventually interpolated by solving a graph-based regularization problem. The estimated motion is finally used for removing the temporal redundancy in the predictive coding of the 3D positions and the color characteristics of the point cloud sequences. Experimental results demonstrate that our method is able to accurately estimate the motion between consecutive frames. Moreover, motion estimation is shown to bring significant improvement in terms of the overall compression performance of the sequence. To the best of our knowledge, this is the first paper that exploits both the spatial correlation inside each frame (through the graph) and the temporal correlation between the frames (through the motion estimation) to compress the color and the geometry of 3D point cloud sequences in an efficient way. 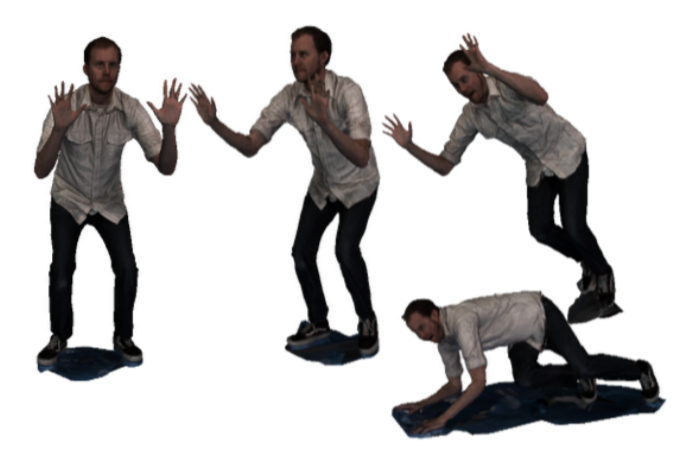