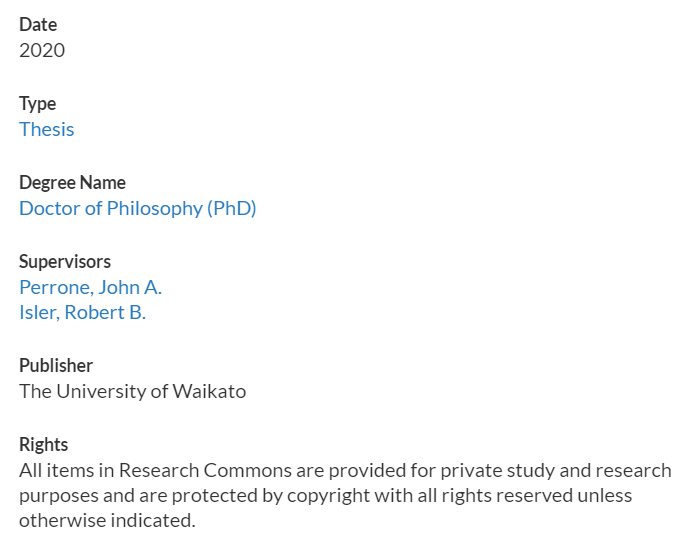 When people move through the world they use retinal image motion to form an estimate of self-motion, although how this is achieved is not yet fully understood. Furthermore, the process is not fool-proof and many conditions create incorrect percepts of self-motion. In particular, experiencing rotation makes it difficult for humans to correctly perceive heading during movement from visual input alone.
Here we re-examined human perception of rotation during true and simulated curvilinear motion. Broadly, this was done by simulating movement along various paths using currently available head-mounted stereoscopic virtual reality displays. These displays overcome many of the shortcomings of historical equipment but also represent a significant departure from established setups. As such, the first two experiments, presented together in Chapter 2, replicated experiments from Banks, Ehrlich, Backus, and Crowell (1996) and Crowell, Banks, Shenoy, and Andersen (1998). This was to aid in determining the suitability of consumer-grade virtual reality headsets for self-motion perception research and to provide a point of comparison between this thesis and historical works.
Following confirmation that the VR devices were suitable for research we developed a virtual line-based bendable response tool. This tool made use of tracked hand controllers to facilitate fast and intuitive reporting of self-motion perception without confounding heading and rotation perception errors. Using this tool we confirmed reports of curvilinear motion perception during linear travel with rotation. We then measured perception of heading and curvature during travel on linear paths of increasingly eccentric heading, finding that eccentric headings elicited perceptions of curvature. We also measured perceptions of travel along curvilinear paths so that a model of human visual-vestibular interaction \cite{perrone2018visual} as it applies to heading perception could be tested against participant performance. Finally, predictions from this model prompted us to measure curvilinear path perception while using a rotating chair that allowed us to provide a rough congruent vestibular signal.
Overall, we found consistent large individual differences in perception across all motion types, although each individual’s perceptions were internally consistent. Furthermore, we found that participants perceived curvature while travelling on not only curvilinear paths, but also on linear paths with rotation and linear paths with eccentric headings. The tested model, as implemented, matched participant results well, proving able to explain the majority of the individual differences. Finally, we found that providing a rough congruent vestibular signal resulted in participants perceiving less curved paths compared to when the vestibular signal indicated no rotation.