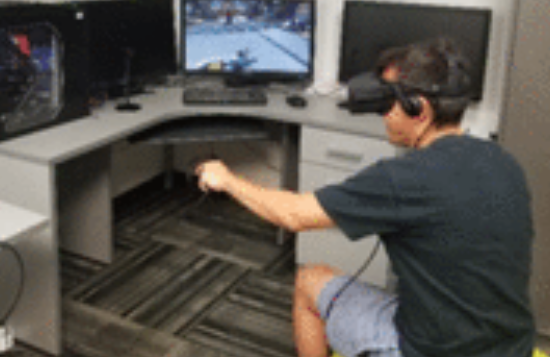 Research has established a link between presence and cybersickness in virtual environments, but there is significant disagreement regarding the directionality of the relationship (positive or negative) between the two factors, and if the relationship is modulated by other top-down influences. Several studies have revealed a negative association between the factors, highlighting the prospect that manipulating one factor might affect the other. Here we examined if a top-down factor (narrative context) enhances presence, and whether this effect is associated with a decrease in cybersickness. We analyzed the association between responses to questionnaire measures of cybersickness and presence, as well as the degree to which their relationship was affected by the administration of an ‘enriched’ or ‘minimal’ verbal narrative context. The results of the first experiment, conducted in a controlled laboratory environment, revealed that enriched narrative was associated with increased presence, but that the reductive effect of narrative on cybersickness depended on video gaming experience. We also observed the expected negative association between presence and cybersickness, but only in the enriched narrative group. In a second experiment, conducted with a diverse sample at a public museum, we confirmed our previous finding that presence and cybersickness are negatively correlated, specifically when participants experienced an enriched narrative. We also confirmed the interaction between narrative and gaming experience with respect to cybersickness. These results highlight the complexity of the presence-cybersickness relationship, and confirm that both factors can be modulated in a beneficial manner for virtual reality users by means of top-down interventions.