We present Remixed Reality, a novel form of mixed reality. In contrast to classical mixed reality approaches where users see a direct view or video feed of their environment, with Remixed Reality they see a live 3D reconstruction, gathered from multiple external depth cameras. This approach enables changing the environment as easily as geometry can be changed in virtual reality, while allowing users to view and interact with the actual physical world as they would in augmented reality. We characterize a taxonomy of manipulations that are possible with Remixed Reality: spatial changes such as erasing objects; appearance changes such as changing textures; temporal changes such as pausing time; and viewpoint changes that allow users to see the world from different points without changing their physical location. We contribute a method that uses an underlying voxel grid holding information like visibility and transformations, which is applied to live geometry in real time. 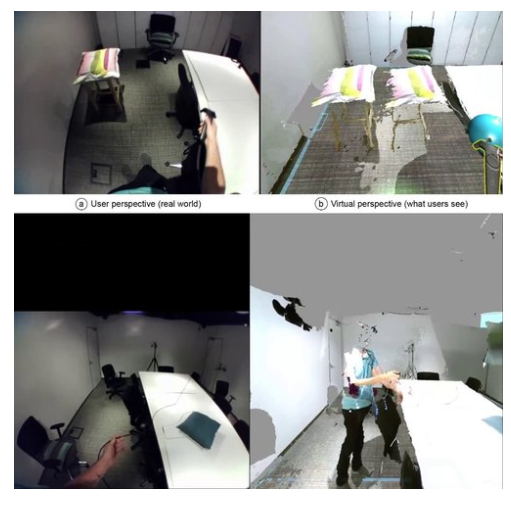