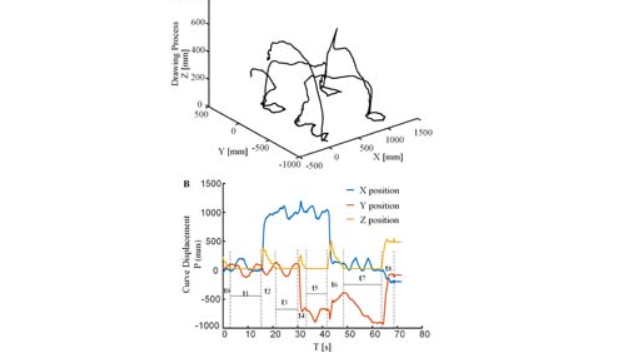 With the emergence of industrial robots in recent decades, advancing the technology that drives human-robot interaction has become a research hotspot. However, the control of human-robot interaction using human gestures has presented some challenges when applied to the industrial environment. For example, when a robot is controlled with a hand motion, the hand movement space may be smaller than the robot’s working space, making it difficult to meet the robot’s space and accuracy requirements. The research herein was centered on building interactive scenarios through unit software, and gesture recognition sensors were used to collect spatial information about the hand. A position mapping algorithm was used to map the position of the hand to the robot end-effector and a virtual robot space constraint was added to collectively allow users to control the robot’s movements. In the experiment, volunteers were asked to control the robot by using constant speed ratio (Ratio of robot speed to input value) or changing speed ratio. The speed ratio affected the stability of the experiment, adding electromyography can improve the stability. The first innovation was the use of human muscle information as input information, adding it to the interaction based on unity. The second innovation was using an algorithm to change the mapping speed ratio according to the electromyography information provided. This was the first time that electromyography was used to change the mapping speed ratio of human-robot interactions, which may enable further advancements in human-robot interaction.