Cache and delivery of VR video over named data networking 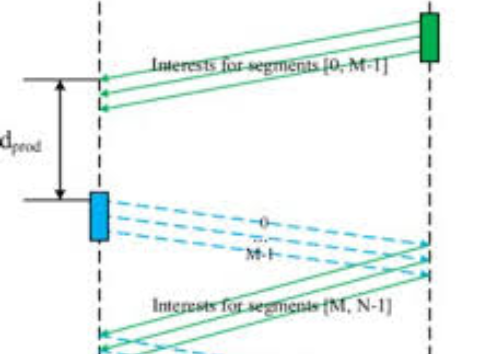 Virtual Reality (VR) may fundamentally change the way of human interaction with cyberspace, and VR video streaming is key to create an immersive VR experience. However, the delivery of VR video requires high spatial and temporal fidelity contents and strict low-latency, which causes that VR video streaming requires much larger bandwidth compared to traditional 2D videos. In this paper, we design and implement a VR video delivery system over Named Data Networking (NDN), which can be regarded as a future network architecture. We study the namespace design of video data, dynamic streaming switch of VR video, pipeline design of Interests. Besides, we also propose an integrating hotspot-based and popularity-based cache policy to cache the contents which are most likely to be requested. The experimental result shows that our proposed method can significantly reduce the transmission delay of VR video and enhance user experiences.