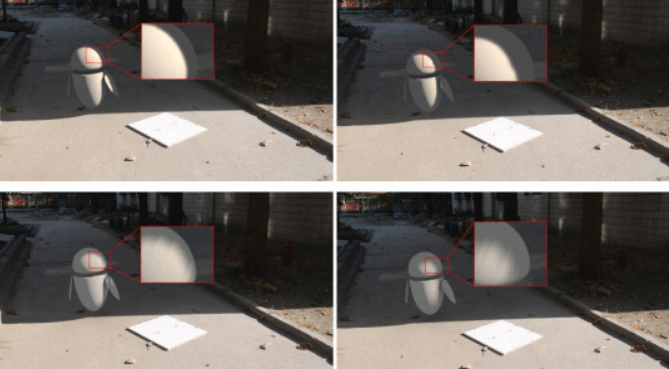 In augmented reality, interactive shadow casting between virtual and real objects is crucial for the consistency of the appearance of integrated scenes. Since real shadow-casting objects may not be fully visible in live videos, simulating the shadows that they cast onto virtual objects based on 3D reconstruction will fail. To address this issue, we propose a framework for simulating shadow interactions in live outdoor videos based on shadow edges. The simulation framework consists of two components: real-time casting shadow detection from live videos with moving viewpoints and generation of shadow volumes. First, we propose a novel split-based shadow detection framework that accounts for moving viewpoints. Then, a visual-perception-guided adaptive sampling strategy is developed to generate high-quality shadow volumes. The experimental results demonstrate that our algorithm achieves visually consistent shadow interactions for live outdoor videos, which significantly enhances the photorealism of the generated scenes for augmented reality (AR) applications.