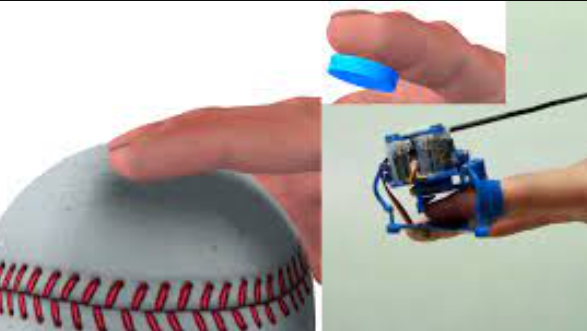 Novel wearable tactile interfaces offer the possibility to simulate tactile interactions with virtual environments directly on our skin. But, unlike kinesthetic interfaces, for which haptic rendering is a well explored problem, they pose new questions about the formulation of the rendering problem. In this work, we propose a formulation of tactile rendering as an optimization problem, which is general for a large family of tactile interfaces. Based on an accurate simulation of contact between a finger model and the virtual environment, we pose tactile rendering as the optimization of the device configuration, such that the contact surface between the device and the actual finger matches as close as possible the contact surface in the virtual environment. We describe the optimization formulation in general terms, and we also demonstrate its implementation on a thimble-like wearable device. We validate the tactile rendering formulation by analyzing its force error, and we show that it outperforms other approaches.