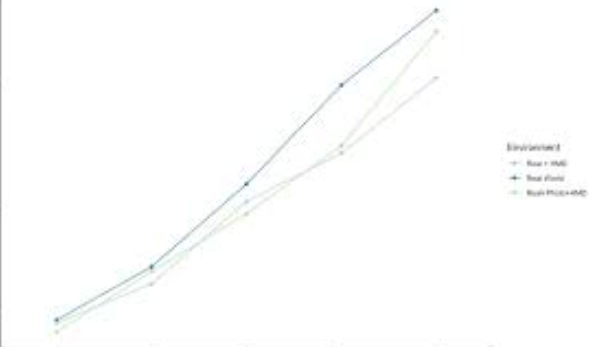 Distances are consistently underestimated in virtual environments (VEs) compared to the real world. The reason behind this underestimation is still not understood. This research investigates another version of this kind of system, that to the knowledge of authors has not been explored by any previous research. Previous research used a computer-generated scene. This work uses a dual-camera video feed system through a Virtual Reality (VR) Head Mounted Display (HMD). This paper is examining distance estimation in real environments rendered to Head-Mounted Displays. Two models are evaluated; a video-based and a photo-based. In this study, we are using protocols already proven to accurately measure real-world distance estimations to compare distance judgments performance in the real world, and these two evaluated VE models. The purpose is to explore whether the misjudgment of distances in HMDs could be due to a lack of realism, or not, with the use of a realworld scene rendering system. We found that when the model was rendered as static photo-based, the underestimation was less as compared with the live video feed rendering. The real HMD model averaged 80.2% of the actual distance, the real photo-based model averaged 81.4% and the real-world estimations averaged 92.4%.