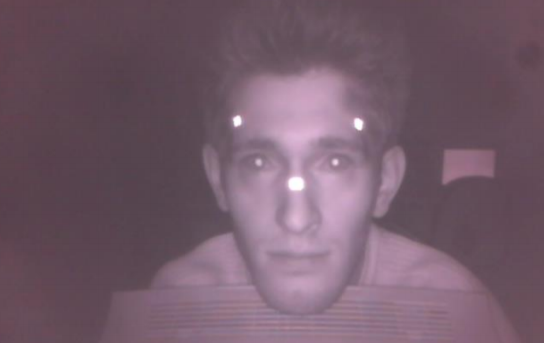 Human eye gaze detection plays an important role in various fields, including human-computer interaction, virtual reality and cognitive science. Although different relatively accurate systems of eye tracking and gaze detection exist, they are usually either too expensive to be bought for low cost applications or too complex to be implemented easily. In this article, we propose a non-wearable system for eye tracking and gaze detection with low complexity and cost. The proposed system provides a medium accuracy which makes it suitable for general applications in which low cost and easy implementation is more important than achieving very precise gaze detection. The proposed method includes pupil and marker detection using infrared image processing, and gaze evaluation using an interpolation-based strategy. The interpolation-based strategy exploits the positions of the detected pupils and markers in a target captured image and also in some previously captured training images for estimating the position of a point that the user is gazing at. The proposed system has been evaluated by three users in two different lighting conditions. The experimental results show that the accuracy of this low cost system can be between 90% and 100% for finding major gazing directions.